Execution has enjoyed an impressive reputation in the last few years under the banner that any strategy is worthless if not executed.  While this assertion is tautologically undeniable, it is also true that executing a flawed strategy can have unappealing consequences. New Coke or the Betamax video format come to mind.

From Detachment to Duality

One of the best known proponents of the execution point of view is Larry Bossidy, author of the bestselling book Execution. The Discipline of Getting Things Done, with the basic premise that “Strategies most often fail because they aren’t well executed.” He sees strategy and execution as two separate processes.

Bossidy’s view was criticized by Roger Martin, who claimed that separating strategy from execution can be damaging. In an HBR article (The Execution Trap), Martin advances the idea of “Strategy as a Choice Cascade” where choices flow from top to bottom on a set of rapids each representing a choice point.

In his own example, the CEO’s decision to invest heavily in the U.S. retail banking industry, prompts the President to ponder winning strategies to win in U.S. retail banking. By choosing superior customer service, the President challenges the EVP of branch operations to review customer service capabilities and, in this example, going for easing customer interaction and triggering the Branch Manager to develop an approach for hiring and training CSR who in turn ponder how to ease customer service on specific cases.

Martin’s cascade metaphor bridges the strategy-execution gap by empowering employees at all levels of the organization to implement their own local strategy within the constraints of their immediate upper level, turning it into a more organic process. The advantage of this approach is that employees become participants in the strategic process, developing a sense of ownership, contributing their own expertise and knowledge of the local environment.

While there is feedback built at every choice point, there is not an explicit upward communication mechanism in Martin’s model that allows the CEO to evaluate the effectiveness of the strategy at each level. As long as the top level strategy is appropriate and noise through the system is mild enough to not interfere with the chain of messages, the organic mechanism should be effective.

However, in many cases, strategies generated at given choice points—including the top level—can produce perverse results. In Martin’s example it is easy to imagine a scenario where the strategy to grow presence in the U.S. retail banking industry is realized at the cost of declining stock performance. An outcome hardly identified with success. Points of failure can be found anywhere from the top level strategy—the US market might not support a new entrant—to any choice point in the cascade such as an inefficient funding strategy or flawed marketing campaign.

A solution is to equip this organic strategy with a feedback loop that conveys information upward to be proactively analyzed from any given decision point.  The first step in building such a loop is to define a measure of the strategy’s ultimate goal. In Martin’s example the stated top strategy is to invest in the U.S. retail market, but the ultimate goal is presumably aligned to value as represented by ROI for example.

The next step is to define metrics for the next level down that support ROI. Ideally, the corresponding set of metrics can be mathematically linked to ROI, but indirect links can work as well. The idea is that the cascading strategies and its metrics should drive our ultimate goal. If ROI is not increasing as expected, management should proactively look at downstream strategies and metrics to identify opportunities, and to understand underlying relationships. This process should be replicated at each decision point.

Furthermore, the construct helps continuously test the validity of the assumptions and metrics at each level. Say that ROI is on the rise, but at some decision point everything looks grim. Before trying to “improve” the local process, the system’s internal logic calls to question the relationship of the local strategy to the ultimate goal and the soundness of its metrics and assumed relationships. It might not be necessary to fix the process at all, but simply to choose better metrics. A similar logic applies to a strategy that is failing to deliver while the underlying components seem to be working fine. We need to review and revise a few assumptions, including missing intermediate strategies along with their network effects.

The cascading approach provides an organic means to develop and execute strategy. The feedback loop allows management to continuously learn and adapt. The purpose of the system goes well beyond accountability, it is about collectively reaching a well-defined goal and everything is on the table.

The Darkside of Benchmarking 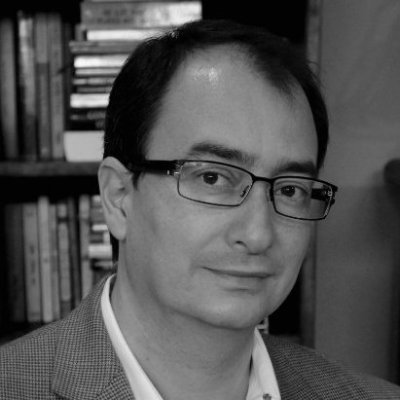 Jorge previously worked with Auxis leading Auxis’ Operational Strategy and Shared Services practice. The content he created while working in Auxis is still valuable for us.