The Benefits of Nearshoring DevOps for U.S. Companies

The Benefits of Nearshoring DevOps for U.S. Companies

DevOps is no longer just a buzzword, but an integral part of progressive IT organizations. Enterprises at the forefront of the Digital Age know that infusing IT with highly skilled DevOps resources and best practices creates a competitive advantage in today’s fast-paced markets – speeding software delivery, lowering failure rates, and achieving the highest levels of productivity.

Forrester Research reports that 50% of IT Departments are actively implementing or expanding DevOps services, and another 36% aim to adopt them in the future. High-performing DevOps organizations report 106x faster deployments, 7x lower change failure rates, 208x more frequent deployments, and 2,604x faster recovery from incidents, according to the 2019 State of DevOps report.

But adopting DevOps in the U.S. has proven to be easier said than done. Gartner predicts that 75% of DevOps initiatives will fail to fully meet expectations through 2022.

The reason often boils down to a single issue: The severe IT talent shortage in the U.S. has enterprises struggling to recruit and retain quality DevOps resources. As a result, many organizations lack the talent and expertise to implement DevOps principles and practices successfully.

In the first installment of our two-part series, we explored how outsourcing DevOps negates the biggest barriers to successful adoption. Now, we will dig into why nearshore DevOps solutions make the most sense for U.S. organizations – neutralizing the risks of Asian offshore models with the agility, rich talent supply, sophisticated infrastructure, and cultural compatibility that’s essential for peak DevOps performance.

Several nearshore locations like Costa Rica have invested heavily into becoming technology hubs - creating a critical advantage for companies struggling to hire advanced DevOps engineers in the U.S. Outsourcing DevOps to Costa Rica not only gives enterprises access to the workforce with the strongest English fluency in Latin America, but to an area so proficient in tech it’s been recognized as the Silicon Valley of Latin America.

Costa Rica boasts one of the best educational systems in the region as well, including two of the most prominent technology universities: the Universidad de Costa Rica (UCR) and the Instituto Tecnológico de Costa Rica (TEC). As a result, Costa Rican nearshore providers benefit from a constant flow of skilled IT graduates with cutting-edge expertise, at a growth rate of 4% annually.

Tapping into this deep well of high-tech talent enables enterprises to achieve significant cost savings without sacrificing quality. With an average 38-48% labor arbitrage compared to IT resources in the U.S., it’s no surprise 29 Fortune 100 companies maintain operations in Costa Rica - including tech giants like Intel, Hewlett Packard Enterprise, and IBM.

By comparison, offshore locations like India and the Philippines struggle to find highly skilled DevOps engineers willing to work for their bottom-of-the-barrel cost structures. In its 2020 India Workforce and Increment Trends Survey, Deloitte reported a quality decline among Indian workers, with nearly 60% of employees earning an “average” rating.

An abundance of available IT jobs also has offshore providers grappling with alarmingly high turnover rates. India’s IT sector suffered an attrition rate of 21.5% in 2019, Deloitte reports, impacting the consistency of delivery and training costs.

That’s higher than the tech industry’s global churn rate of 13.2%– already the highest of any sector.

Time zone differences can create a major stumbling block to outsourcing DevOps successfully. Organizations need to look beyond the lowest cost to ensure the partner they choose has the right DevOps resources and tools in place to foster effective communication and 24x7 support. 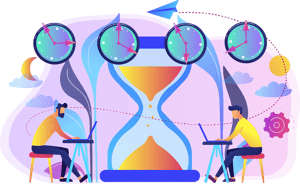 As a result, higher-skilled “A” teams are typically concentrated in shifts that have minimal overlap with U.S. business schedules – undercutting the speed, synergies, and responsiveness essential to DevOps. U.S. enterprises are also forced to schedule early-morning or late-night meetings to communicate with offshore resources face-to-face.

The deeper pool of highly skilled, multilingual talent in tech hubs like Costa Rica also makes it easier for providers to recruit and retain quality DevOps resources for every shift, offering a proven track record of best-in-class 24x7 support.

When offshore deals fail or experience problems, cultural differences are often to blame. Two-thirds of organizations in an Accenture study attributed poor offshore performance to miscommunications that stemmed from a lack of cultural compatibility. Nearly 80% cited different communication styles as the biggest factor, followed by different approaches to completing tasks, different attitudes toward conflict, and different decision-making styles. 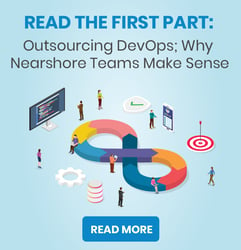 As organizations build a blueprint for what the post-coronavirus economy should look like, many have become painfully aware of increased offshoring risks. From NPR to The Wall Street Journal, headlines document how providers in many Asian locations have struggled to deliver quality service due to rickety infrastructure and substandard living conditions that aren’t conducive to a Work From Home model.

Unfortunately, there’s no end in sight: With more than 8 million COVID cases and a poor healthcare system, India is expected to surpass the U.S. in coming weeks as the worst-hit country worldwide.

By comparison, nearshoring to Costa Rica mitigates outsourcing risk with a modern infrastructure and world-class coronavirus management that earned United Nations recognition. With internet penetration at 74%, better living conditions, and high-speed bandwidths readily accessible in many parts of the nation, Costa Rica easily transitioned to a remote workforce.

Its emphasis on technology education also left workers well-prepared to handle the technological demands of working at home. 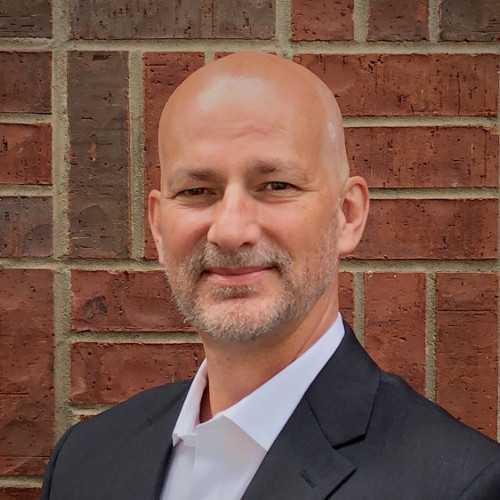 Craig is an Information Technology Leader who has a real passion and a strong track record for delivering significant improvements to IT Organizations specifically, IT Service Delivery, Cloud Services, IT Operations, Project Management (PMO), and IT Service Management functions. He has experience in Service Delivery and IT Operations, Cloud Migrations and Services, Customer Satisfaction Improvements, Financial Management and Cost Containment, Strategic Planning & Implementation, Contract Deployment & Implementation, and ITIL, and IT Service Management. He previously worked for companies like CoreLogic and First American Finance Corporation. He holds a Bachelor degree in Computer Science from Tyler Junior College and other certifications in IT Infrastructure Library (ITIL) and Amazon Web Services (AWS)

The Rise of Nearshore Outsourcing in a Post-COVID Era 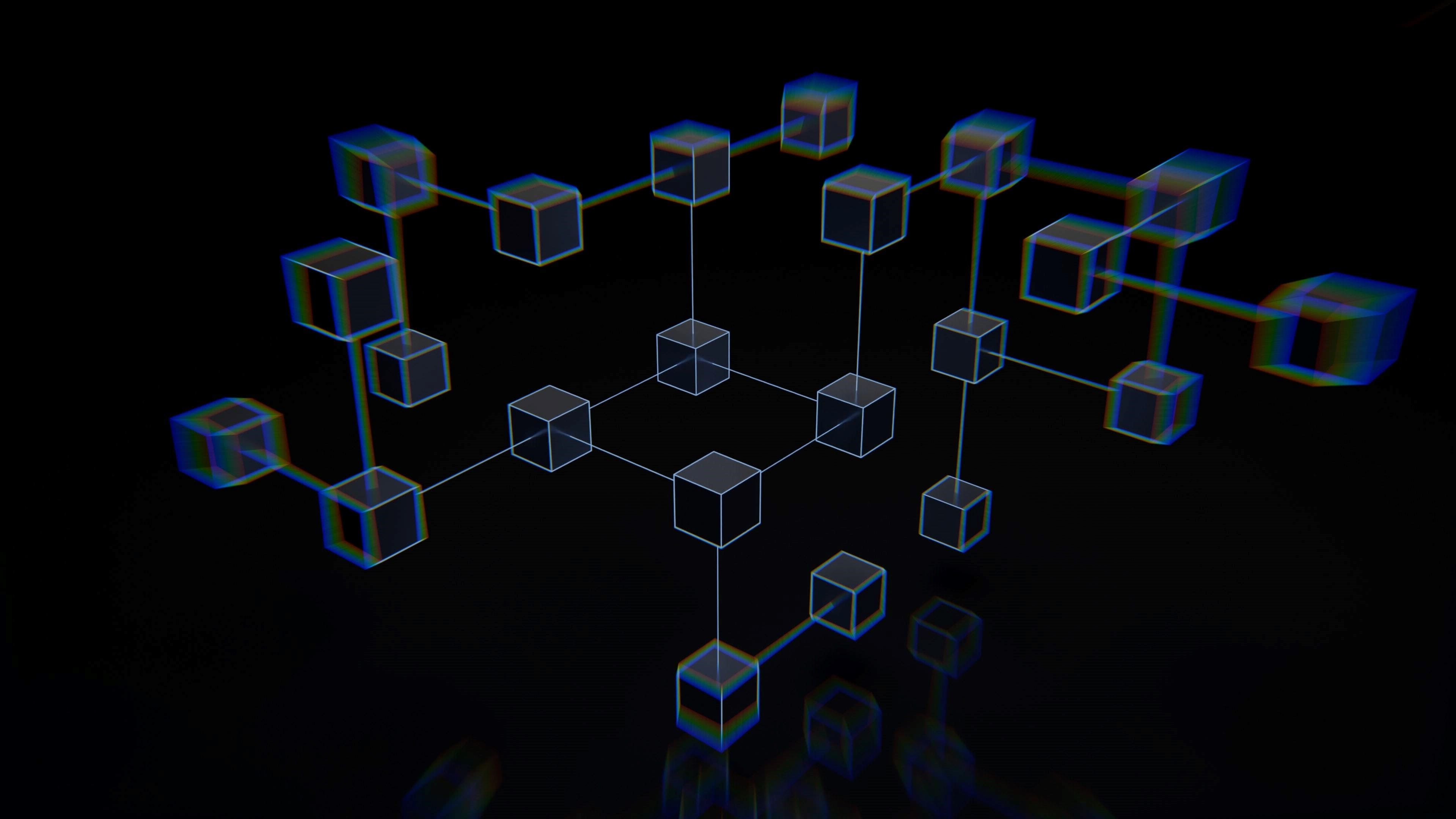 5 Key Benefits of Kubernetes for Businesses Nearshoring: The Secret to Solving the DevOps Skills Shortage