A Plantation business that offers consulting and back-office services for big companies is expanding in Costa Rica.

Auxis plans to invest at least $30 million over the next five years in the Central American nation. The investment easily can triple its Costa Rica workforce that now exceeds 200 people, said CEO Raul Vega.

The investment highlights Costa Rica's emergence as a hub for outsourcing of such back-office services as accounting or Information Technology help desks for major companies active in the U.S. and beyond.

Auxis is officially opening its service center in Costa Rica's America Free Zone on Friday in a ceremony to feature the country's president, Luis Guillermo Solis. It operates in a 100-acre business park near the capital of San Jose that offers tax breaks and features such tenants as IBM, HP, DHL and Dell.

Costa Rica is now the only country in Latin America to derive more than 5 percent of its export income from digital or Internet-enabled back-office services, according to the Zagada Institute of Coral Gables, which studies the industry.

Investors like the small, stable country for its proximity to the U.S. market, cultural affinity to the U.S., solid infrastructure and a high level of education, widely considered among Latin America's finest. A democracy for more than a century, Costa Rica abolished its military in 1948 and teaches children: "Our army are our teachers. Our arms are our books."

Auxis was founded in 1997 by a group of executives who worked together on a project for PepsiCo and saw an opportunity to help large companies make their back office operations more efficient.

Some customers asked about moving some back-office operations offshore to further cut costs. The Auxis team suggested "near-shoring," or operating close to the U.S. where service centers are easier to visit and monitor, and where staff work in the same time zone and in neighboring nations with cultural ties to the U.S., Vega said.

Costa Rica stands out among the near-shore options for its educated workforce, strong infrastructure and low rents, said Vega. He estimates operations in Costa Rica typically cost 30 percent to 40 percent less to operate than similar shared-service hubs in the U.S. mainland.

After the Great Recession hit, Vega said some customers asked for help running their near-shore operations. In 2011, Auxis opened its shared-services center in Costa Rica, often serving mid-size U.S. companies. The center helps the smaller firms compete with big U.S. multinationals, who sometimes have their own near-shore centers to serve their internal corporate needs, said Vega.

In Costa Rica, Auxis offers staff who speak English and help with accounting, billing, IT support, human resources administration and other back-office services.

"That lets customers focus on more high-value activities" for their companies, said Vega.

As Costa Rica business has expanded, so too has Auxis' operation in South Florida, Vega said. The company now employs about 75 people in Plantation, including some that manage and design the Costa Rica projects. The company also has a presence in California's Silicon Valley for customers there.

Once Auxis reaches about 1,000 people in Costa Rica on round-the-clock shifts, the company might look to diversify, Vega said. It's considering expanding to Colombia, where back office services long offered in Spanish are being developed in English. Colombia has also become cheaper lately because of the devaluation of its currency against the U.S. dollar.

Auxis now competes in consulting and shared-services with such global heavyweights as IBM, CapGemini, Accenture and India's Infosys. Yet it differs in its emphasis on near-shore operations for companies in the Americas, instead of outsourcing to far-flung locales such as India or the Philippines.

The business of near-shore outsourcing is booming and now employs about 340,000 people in nations as diverse as Panama, Jamaica and Nicaragua, Peters said. The business likely will employ more than 500,000 in 2018 and nearly 800,000 in 2020, Zagada forecasts, including thousands more in Costa Rica. 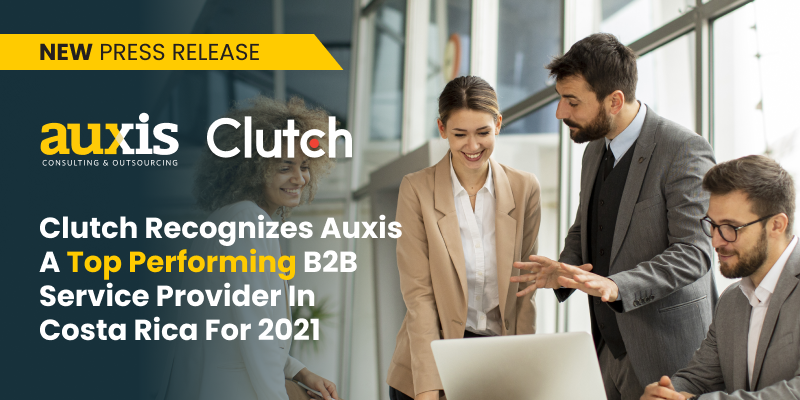 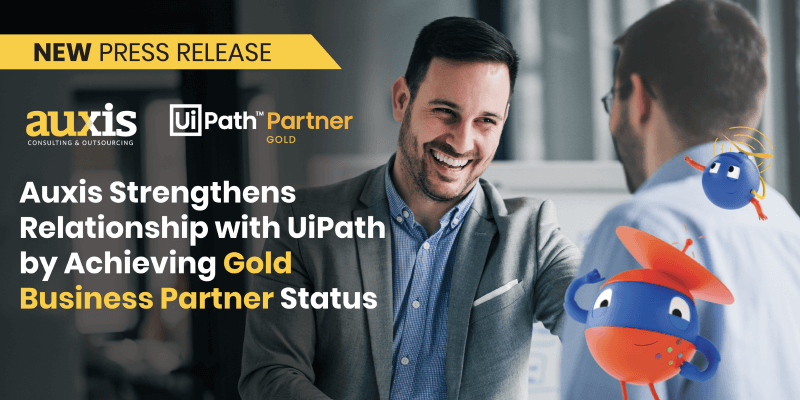 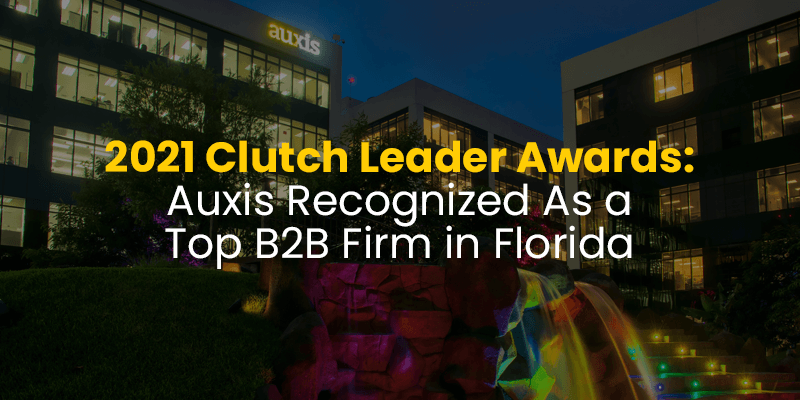 Clutch Recognized Auxis As A Top B2B Company in Florida