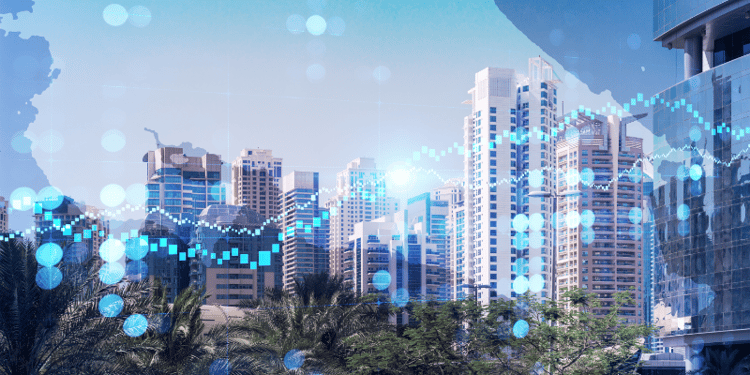 Despite how small Costa Rica is from a population perspective (~5.2M people) compared to other countries in Latin America, such as Colombia (~52M) and Mexico (~132M), the reality is that the Shared Services and Outsourcing sector in the country continues to be the most mature in the region when it comes to the number of SSCs in the country, and more specifically their level of experience supporting North America, the full Americas, and in some cases the globe.

Based on the latest data from CINDE, there are over 350 multinationals operating in Costa Rica and over 209 of them are providing business and IT services from the country, broken down as follows:

In this article, we will share more details of the Shared Services sector in the country in terms of:

Examples of companies with shared service centers in Costa Rica

English skills in Costa Rica and its education system

CINDE estimates that over 60% of Shared Services in Costa Rica are multi-functional, meaning that they are supporting more than one function including Finance & Accounting, HR, Customer Service, Supply Chain, IT and others.

Most of these centers started by migrating the most basic transactional activities within finance & accounting (e.g. AP), contact center and IT (e.g. Help Desk), and have since then started to expand their scope within the same functions and across other new functions such as Logistics, Supply Chain and Marketing.

Finance & Accounting continues to be the most prevalent function supported from Costa Rica, followed by IT support and development, contact center and HR.

IT outsourcing players such as HP, Cognizant and Auxis have also expanded their IT capabilities in the country beyond the basic help desk support or software development, including very sophisticated service offerings around Cloud, Data Analytics, Intelligent Automation and Security.

In the chart below, you can see a more detailed breakdown of the % of service centers in Costa Rica delivering each specific function within both corporate service companies as well as digital technologies organizations: 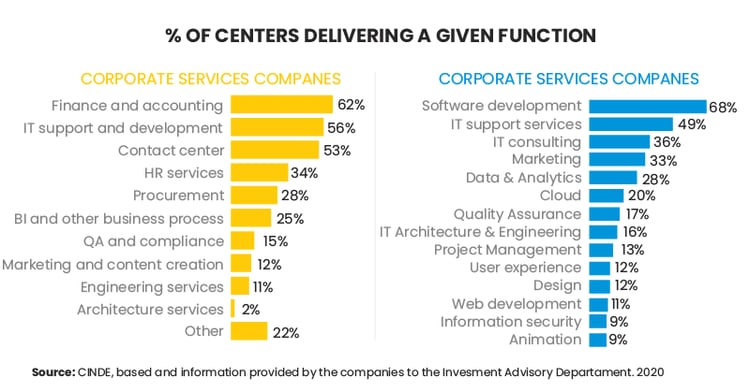 According to the most recent survey performed by CamsCAT (The Chamber of High Technology Corporate Services in Costa Rica), 84% of Shared Services in the country support North America, followed by 66% of them supporting Latin America. 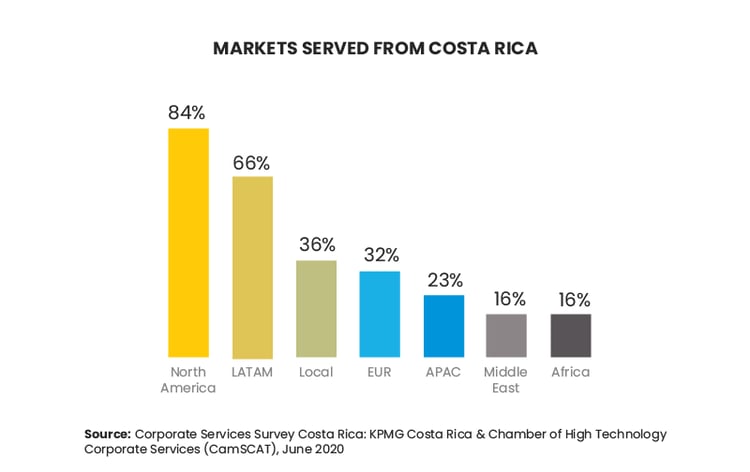 Other regions such as Europe (32%) and APAC (23%) are also supported to a lesser extent from Costa Rica, given the outstanding multilingual capabilities of the country and the maturity of many GBS organizations that are providing global support for certain functions from San Jose.

In contrast, countries like Colombia are still much more focused on supporting Latin America from their Shared Services, with North America (17%) still representing a much smaller percentage of their coverage according to the most recent EY SSC Survey in the country.

An increasing number of organizations such as Johnson & Johnson, Schlumberger, Delta Airlines and Medtronic have started to provide support to North America from Colombia after proving their SSC success first for Latin America. Still, the number of SSCs in Colombia supporting North America is way less in number and size compared to Costa Rica.

The Colombia government has been doing great strikes in the last 5+ years in growing the services sector and their English skills. However, English proficiency continues to be a challenge for the country.

As mentioned above, there are over 209 companies with service operations located in Costa Rica, including:

New companies evaluating opening Shared Services in Costa Rica are concerned about the saturation of organizations already established in the country, and how this may impact their ability to attract and retain talent.

Even though this is a very valid concern, the HR retention challenges are not specific to Costa Rica only, as in today’s world every country in the globe is fighting for professional employees in fields such as Finance and IT.

In fact, the latest PwC Survey in Costa Rica reported an average turnover in Captive Shared Services between 13% to 15% per year, which is no different from countries like Colombia and Mexico.

When it comes to English skills, anyone that travels to Costa Rica would realize from the time they arrive at the airport that the availability of people that speak English in the country is widely present. From the personnel at the airport, to your taxi driver, to the person that serves you at a restaurant, you can get around the country pretty easily without speaking any other language than English.

The high level of English found in the country did not happen coincidentally and is a very conscious strategy that the Government of Costa Rica, The Education System and the Private Sector in the country has been working on for many years.

Having a proficiency of a second language like English, strengthens Costa Rica’s development and projection in three areas that stimulate the economy: tourism, exports and foreign direct investment. In all of them English is a key part of the globalization; therefore, achieving bilingualism benefits the country's participation within its positioning worldwide" - Jorge Sequeira, Managing Director at Costa Rica’s Investment Promotion Agency, CINDE

Multiple sources also confirmed how Costa Rica ranks as one of the top countries in Latin America when it comes to English proficiency: 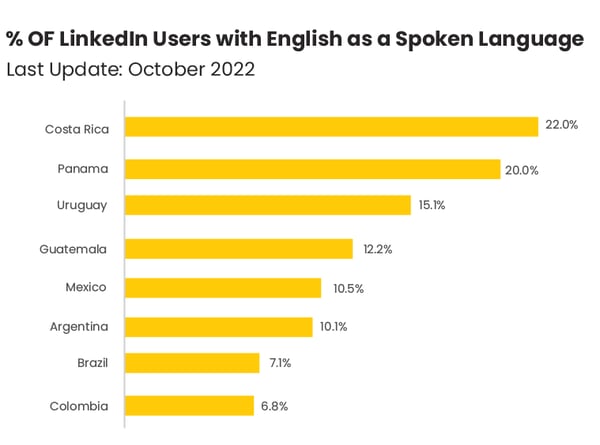 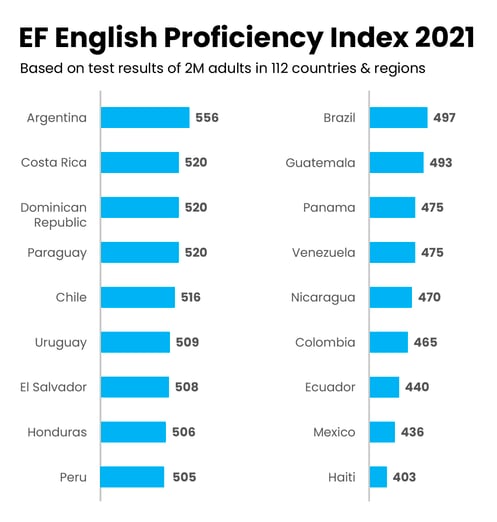 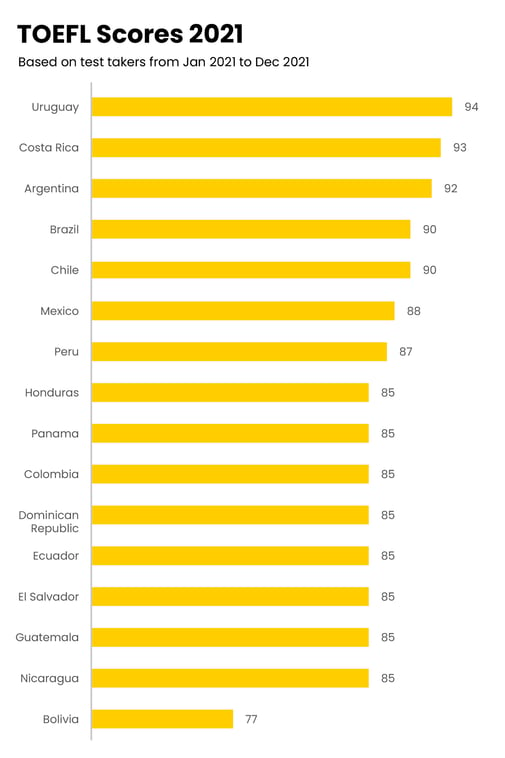 As a testament to the English skills in the country, some companies have opted to establish their Shared Services location for supporting North America out of Costa Rica, while leaving the Shared Services to support the rest of Latin America in Spanish from another SSC location such as Colombia or Mexico.

Costa Rica has the highest literacy rate in Latin America (97.8%), and is also the highest spender in education in the region as a percentage of their GDP (6.75%).

Costa Rica also ranks within the top 3 most innovative countries in Latin America together with Mexico and Brazil, according to the 2022 Global Innovation Index. This comprehensive index captures the innovation ecosystem performance of 132 economies and measures multiple categories, including:​

In addition to the great talent that Costa Rica has to offer, the country also provides attractive tax incentives.

The Free Zone Regime is a set of tax incentives and benefits granted by the Costa Rican government to companies making new investments in the country, as stated in the Free Zone Regime Act N° 7210, Act N° 8794, and in its Bylaws.

The following companies may apply for the Free Trade Zone incentives:

In the case of services companies, the key fiscal incentives include:

Considering Outsourcing To Costa Rica or opening a Shared Services in the country? Schedule your free consultation today. 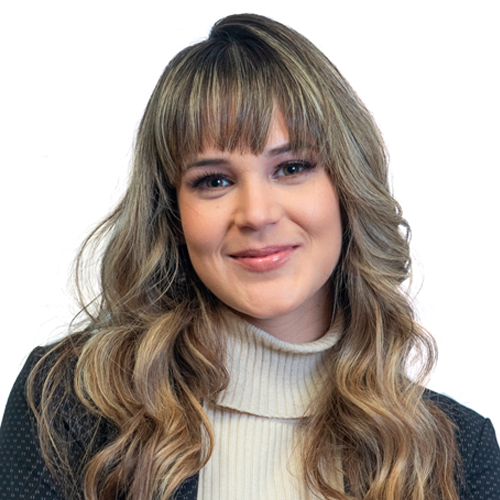 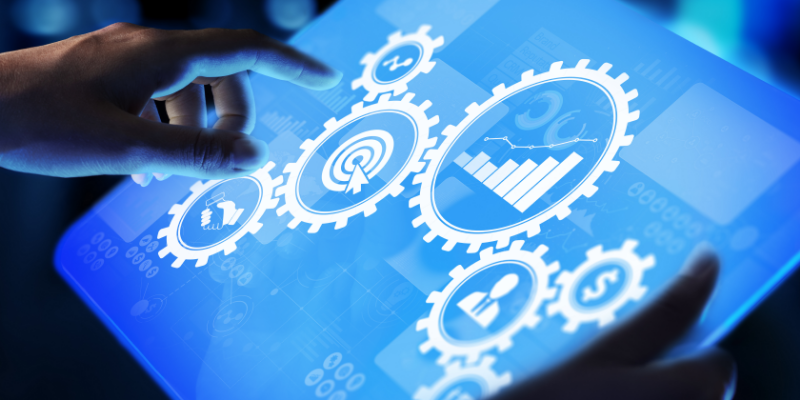 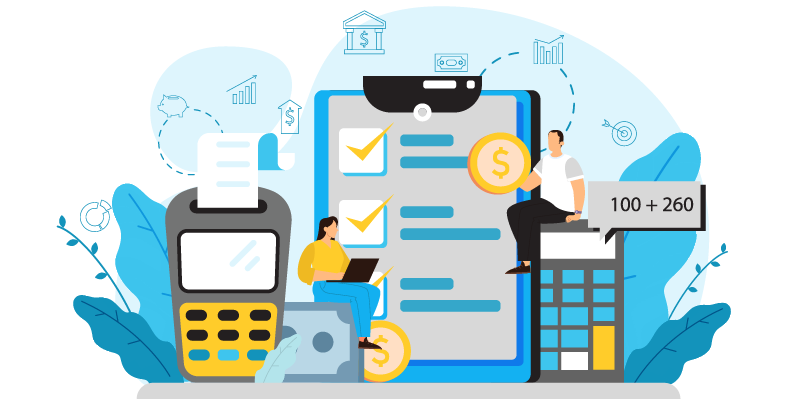 Top Accounts Payable Trends to Expect in 2023 & Beyond

The Reality of Creating a Shared Services Organization